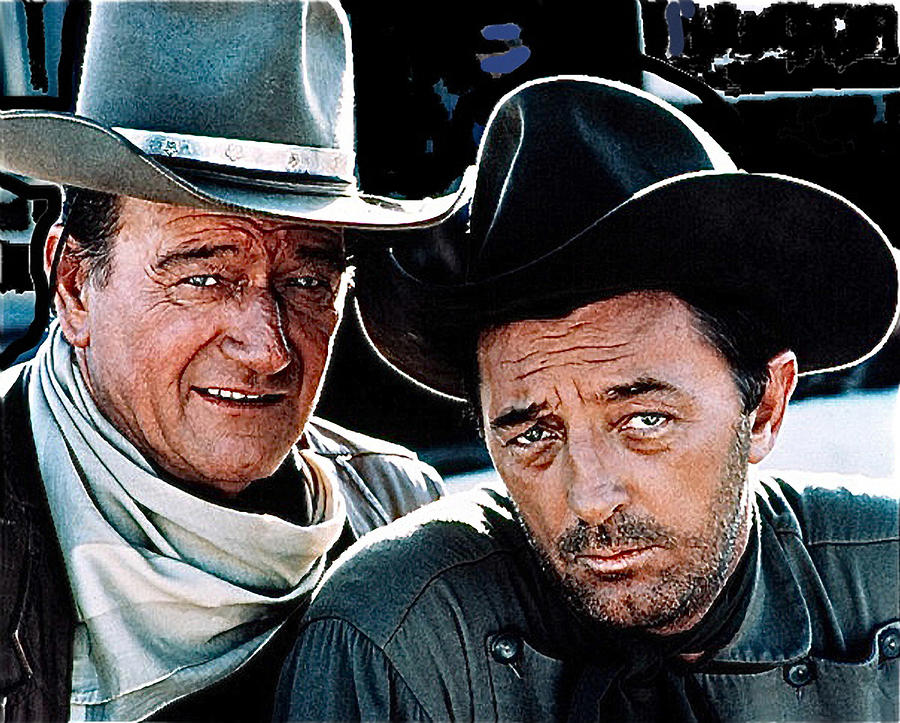 Casting co-stars with Duke posed problems as he could completely dominate their scenes together if they could not hold their own against his charismatic presence.

Robert Mitchum had his own screen presence which melded beautifully with Duke's.

Mitchum pretended that acting in films was just a job. And he couldn't be bothered to look at his films since he wasn't paid to watch them.

"Sure I was glad to see John Wayne win the Oscar I'm always glad to see the fat lady win the Cadillac on TV, too."... Robert Mitchum

Got my vote! Congratulations on your new $ale!

This image was taken by (the uncredited) Phil Stern who took many a fine picture of Duke. Since this picture is a publicity photo it is in the public domain. DLG