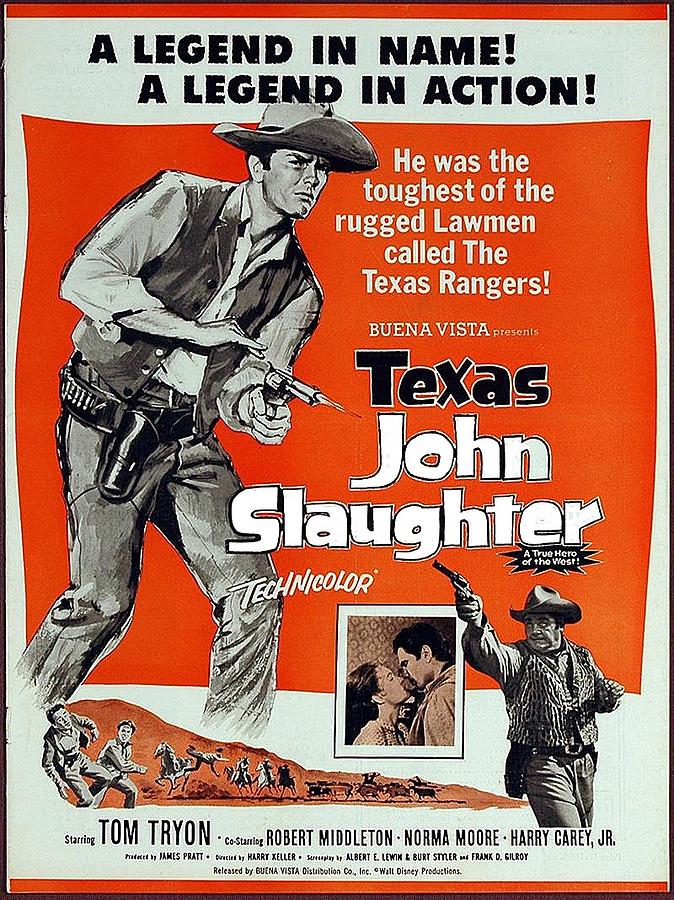 'Texas' John Slaughter pressbook cover for the feature compiled from the TV show (1958-1961) episodes, with limited release in the US and more widely abroad starting in the early 1960's.

"The historical Slaughter was actually born in Sabine Parish in western Louisiana and spent most of his career as a sheriff, state representative, and cattleman in Cochise County in southern Arizona, where he died in 1922, having created the large San Bernardino Ranch, which in 1964 was declared a National Historic Landmark. Slaughter earlier served in the Confederate Army and was a Texas Ranger in San Antonio."

Most of the 17 episodes in the Disney produced TV program are set about Tucson or Tombstone.

NICE! Congratulations on your sale!