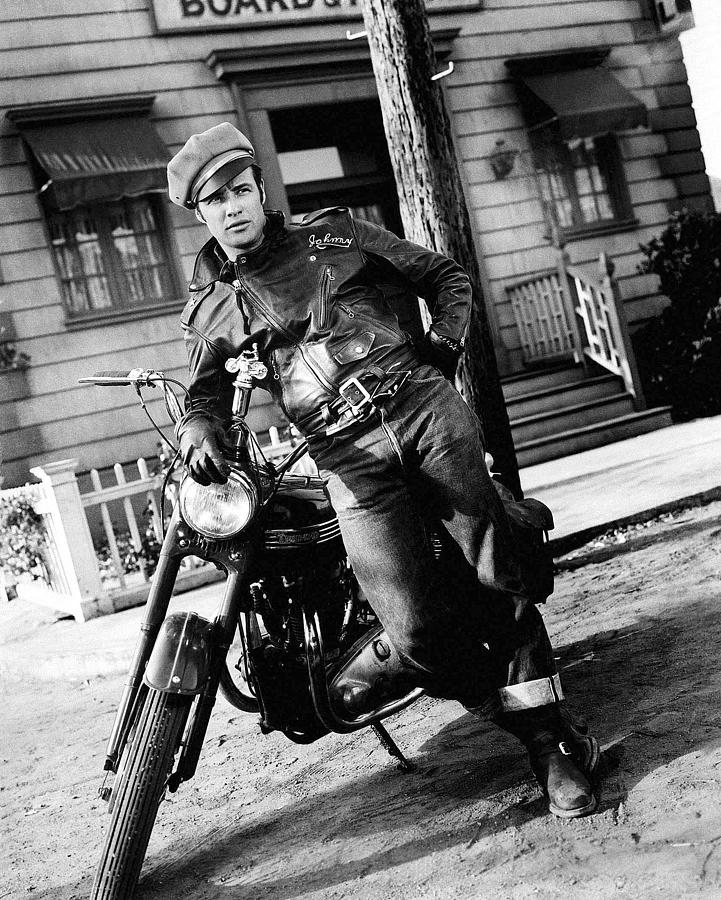 Marlon Brando The Wild One 1954

Marlon Brando The Wild One 1954

"We've somehow substituted craft for art and cleverness for craft. It's revolting! It's disgusting that people talk about art and they haven't got the right to use the word. It doesn't belong on anybody's tongue in this century. There are no artists. We are businessmen. We're merchants. There is no art. Pablo Picasso was the last one I would call an artist."

"Mao Tse-tung was the last giant."

"A prostitute can give you all kinds of wonderful excitement and inspiration and make you think that nirvana has arrived on the two-o'clock plane, and it ain't necessarily so."

"George Bernard Shaw said that thinking was the greatest of all human endeavors, but I would say that feeling was. Allowing yourself to feel things, to feel love or wrath, hatred, rage."

"People will like you who never met you, they think you're absolutely wonderful; and then people also will hate you, for reasons that have nothing to do with any real experience with you. People don't want to lose their enemies. We have favorite enemies, people we love to hate and we hate to love. If they do something good, we don't like it. I found myself doing that with Ronald Reagan. He is anathema to me. If he does something that's reasonable, I find my mind trying to find some way to interpret it so that it's not reasonable, so that somewhere it's jingoist extremism."

"If you've made a hit movie, then you get the full 32-teeth display in some places; and if you've sort of faded, they say, 'Are you still making movies? I remember that picture, blah blah blah.' And so it goes. The point of all this is, people are interested in people who are successful."

"What people are willing to do in front of a public is puzzling. I don't understand why they do it. I guess it makes them feel a little less lonely. I always found it distasteful and not something I cared to do."

"I just don't believe in washing my dirty underwear for all to see, and I'm not interested in the confessions of movie stars."

"Ask most kids about details about Auschwitz or about how the American Indians were assassinated as a people and they don't know anything about it. They don't want to know anything. Most people just want their beer or their soap opera or their lullaby."

"I'm not going to lay myself at the feet of the American public and invite them into my soul. My soul is a private place. And I have some resentment of the fact that I live in a system where you have to do that."