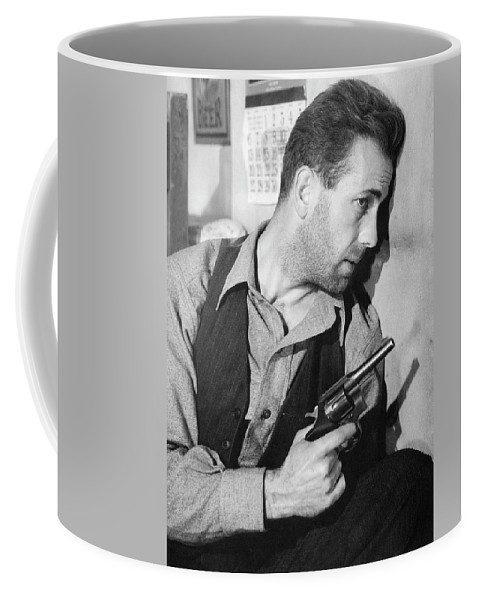 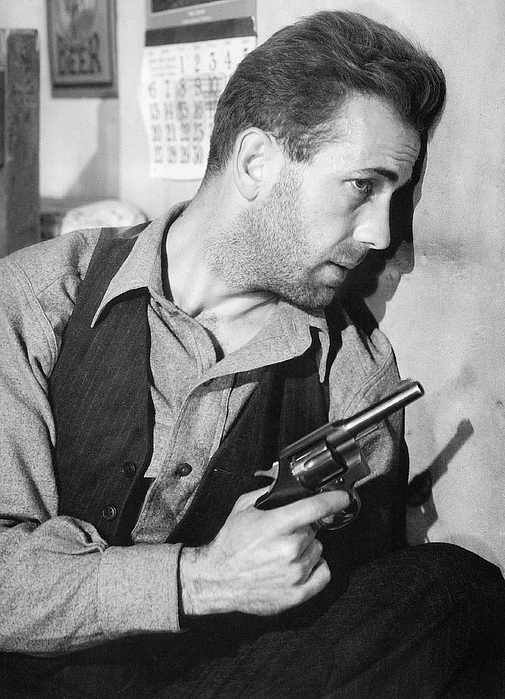 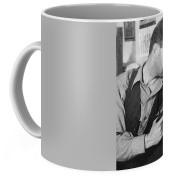 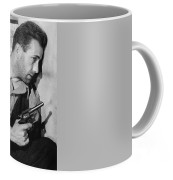 Our ceramic coffee mugs are available in two sizes: 11 oz. and 15 oz. Each mug is dishwasher and microwave safe.

Congratulations on your new sale

Congrats on your sale !!

Alan Squier: Tell us, Duke, what kind of a life have you had? Duke Mantee: What do you think? I spend most of my time since I grew up in jail - it looks like I'll spend the rest of my life dead. "While Robinson was a swaggering mobster of the white ethnic ghetto, and Cagney a wisecracking gangster, Bogart was a killer with haunted eyes who defied all attempts at context, the unknowable outsider who shared his past and his thoughts with no one." "Bogart's performance was even enhanced by the film. His underplayed, monosyllabic portrayal, with is suggestion of violence ready to erupt, its economy pared even further in the screenplay, was perfectly suited to the medium. The close-ups caught the desolation in his eyes, the sudden tightening of his scarred lip, and suggested the smoldering fires that propelled the outlaw anti-hero."