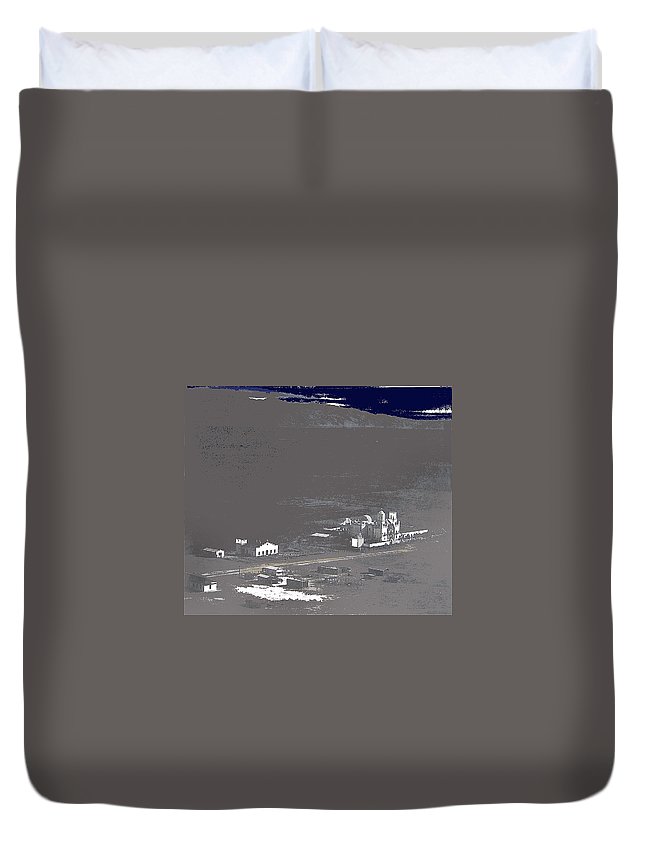 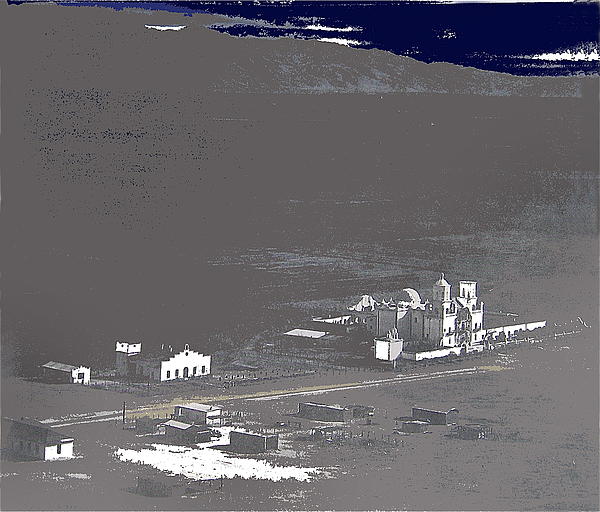 Queen duvet cover (88" x 88") featuring the image "An Aerial View Of The San Xavier Mission No Date-2013 " by David Lee Guss. Our soft microfiber duvet covers are hand sewn and include a hidden zipper for easy washing and assembly. Your selected image is printed on the top surface with a soft white surface underneath. All duvet covers are machine washable with cold water and a mild detergent.

"Mission San Xavier del Bac is a historic Spanish Catholic mission located about 10 miles (16 km) south of downtown Tucson, Arizona, on the Tohono O'odham San Xavier Indian Reservation. Named in 1692 by Padre Eusebio Kino for a pioneering Christian missionary and co-founder of the Society of Jesus (Jesuit Order), the Mission is also known as the "place where the water appears," as there were once natural springs in the area. The Santa Cruz River which now runs only part of the year is also nearby."